5 minute read
"Our goal is to make sustainable drive as easy and affordable as upgrading your phone."
– Kristian Russell, Founder, Ferry 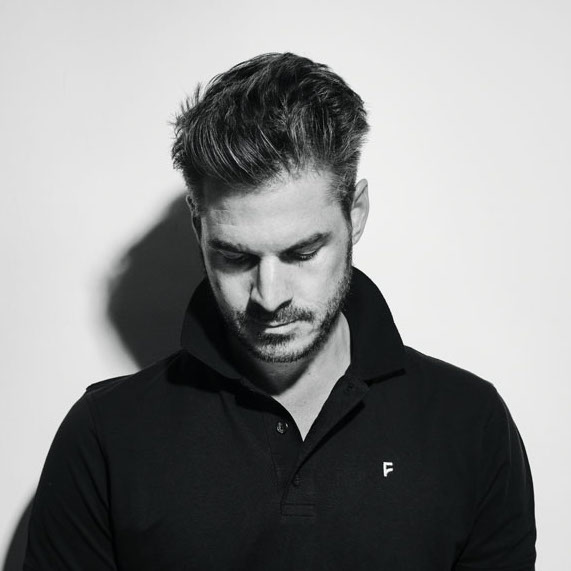 You’re probably well aware by now of the recent United Nations report on global warming—a document they called a “code red for humanity.” And, if you’re like us, you most likely experienced a well-shaken cocktail of alarm garnished with terrifying revelations like the collapse of the Gulf Stream, catastrophic food shortages, and Florida becoming a giant sandbar for Georgia. Now more than ever, people are considering what their personal contribution is to environmental change. And it’s hard to ignore the two-ton steel elephant in your parking space. Especially if it’s still running on liquid dinosaur bones.

So how did we get to this point? Why are we driving cars and contributing to an energy infrastructure that are both calamitous to humanity? And how does a car company like Ferry contribute to meaningful change?

The year is 1912. The U.S. elects Woodrow Wilson as president, the largest ship in the world headbutts an iceberg on its maiden journey, and almost 80% percent of cars are powered by alternative fuel sources, with 40% of that being electric. You read that right—only a fifth of the cars on U.S. roads were powered by gasoline. In the years following the development of the electric car in 1881, and its gas-powered counterpart in 1886, people preferred the former. Why? Because electric cars were quieter, they were more pleasant to drive, and critically, they were cleaner and put less “smoke” into the air. A big draw for industrial revolution cities like New York and London.

So what happened? Well, for one, road building technology got better, which meant cars could go further (and needed more range). Lead-acid batteries of the time just couldn’t compare to gas. And on the subject of gas, in the post WWI-era we found of it. The U.S. and other countries discovered enormous petroleum reserves around the world. Couple that with Henry Ford’s revolutionary assembly line built around combustion engines and, well, electric was doomed.

Cars stayed more or less the same for decades

We know what you’re thinking: “But cars changed a lot! My grandpa had a Buick the size of an oil tanker". While it’s true that cars got safer, more refined, and increased efficiency, the way in which they were powered didn’t change—an internal combustion engine up front, throwing carbon monoxide out of the back. And modifying them in any way was impossible for anyone who wasn’t a mechanic.

Many people thought car technology would develop exponentially like semiconductors do according to Moore’s Law (the theory developed by Gordon Moore that suggested transistors in microchips would double every two years.) But that wouldn’t be the case. Gas was too cheap—and environmental catastrophe seemed too far away—effectively stifling serious innovation or adoption of electric vehicles.

Many of the same forces that conspired to put the semi-conductor in your pocket, enabling a global era of democratization of web and communications services, are conspiring to do the same thing to the landscape of sustainable drive.

The goal is to provide electro-mobility to the masses, thus increasing EV adoption. And when demand for EVs increases, so does production. Higher production leads to technological innovation with batteries and tech (remember Moore’s Law?), leading to lower costs. Lower costs lead to cheaper electric vehicles, opening them up to more people and so on.

This rapid adoption of electro-mobility is what we call the “Ferry Curve.” And it means a single platform where users can choose the e-car that works with their lifestyle, curated and vetted by the automotive team at Ferry: Ford, Polestar, Hyundai, BMW, Rivian, Nio and more, with a single unifying interface for charging across a range of providers.

For serious exponential change in how we drive, there needs to be a new approach that catalyzes the "new Moore's law" of battery and charging tech.

Currently, Ferry is working on a revolutionary new electric vehicle for release in 2025.

Developed by Ferry CEO Kristian Russell and legendary car designer Anders Warming, The Ferry Car will adhere to the fundamental principles championed by Ferry, and support the ecosystem of all-e drive by making your car as easy to afford and upgrade as your iPhone.

The Ferry Car was designed to be modular and upgradeable as new technologies emerge. For example, if a new, more efficient battery pack is released after you’ve bought your Ferry, you can have the battery pack and chassis switched out. Or, if the interior interface gets a makeover (or you just want to change it up), you can switch it out as well. It’s as easy as upgrading or personalizing your phone.

The Ferry Car pays homage to the curved, aerodynamic shapes of other “people’s cars” from decades past, while simultaneously pushing the design into the future. Its lines, fit, and finish are fresh, yet warmly familiar. Anders Warming elevates the design of the vehicle to possess a European refinement and exclusivity, while still feeling accessible and fun.

If you purchase the Ferry car, you’ll get the best battery technology at the time. We don’t believe in “throttling” the performance of EVs. How many times have you seen a certain EV company remotely activate an additional 20% of battery range for customers fleeing natural disasters. Shouldn’t those drivers always have that battery range? We think so.

To reach our goal of getting 50% of the world’s drivers to go electric by 2035, The Ferry Car will deliver maximum range and performance at a price point that is accessible to more drivers with sustainability engineered into the entire supply chain of material sourcing and delivery.

To put it plainly, the world just isn’t adopting electric vehicles quickly enough. Reasons for this include the significant cost to entry, range anxiety with today’s tech, and depreciation concerns. This is where Ferry enters the picture.

Vespa in Austin: 5 reasons to lease a scooter from Ferry and ride it through the city!

Ferry raises $4M in seed funding from Venn Ventures, Porsche Heir Toni Piëch and others, to make electric vehicles more accessible to US drivers and catalyze the digitization of the automotive industry